When it comes to security, financial institutions are engaged in an ongoing tug of war. For the most part, FIs have come out on the winning side and occupied the larger portion of the rope, as theft rates have dropped rather sharply as compared to the 1980s and 1990s.

Yet perpetrators are unrelenting, constantly tugging away to see how they can outmaneuver security measures and exploit weaknesses when least expected. While some of these strategies have required a certain degree of technical savvy, their latest stratagem involves what is always pivotal to winning the tug of war battles: brute force.

In recent months, such tactics are the method of hook and chain gangs. As numerous national and local news outlets and newspapers have reported, they're wreaking havoc on banking institutions and small businesses with ATMs on site.

How the scheme works
The strategy of these crimes is organized chaos, all in an effort to steal the cash inside ATMs. It typically starts out with an auto theft — and it's usually one that's sizable, such as a truck, van or sport utility vehicle — which are used as battering rams. In the case of a convenience or liquor store, drivers will plow into a business through the front window so the vehicle is physically inside the establishment. Amid the wreckage, bandits quickly exit, identify the location of the ATM and chain the ATM to their truck. When the driver applies the gas, it forces the ATM open so the funds inside can be made off with fast, leaving business owners to deal with the mess and massive losses.

"The goal of these heists is organized chaos."

As the Baltimore Sun reported, these smash-and-grab operations have occurred with alarming frequency in the area. Indeed, on June 27 alone, three stores with ATMs were affected in and around Baltimore. Two and a half weeks later, other businesses in the Queen City were impacted by hook and chain gangs, including a liquor store.

However, since banks are overwhelmingly the businesses that own and operate ATMs, it's affected them more than any other entity. For instance, in June 2020, a Chicago-based national bank branch was affected by attempted robbery when two assailants used these same hook and chain tactics on an ATM. The pair were formally charged with conspiracy to commit bank theft approximately a week-and-a-half after the incident, as detailed by the Illinois U.S. Attorney's Office.

A growing trend
As ATM use and installations have risen in response to consumer behaviors and the effects of the COVID-19 pandemic, ATM crime has skyrocketed, particularly in recent months. Incidents have also been reported in Texas, Connecticut, California, Florida and Arkansas. Each of these events involved a stolen automobile used to smash, grab and (usually) drag an ATM from its installed position. While the Florida episode occurred in January, other reported crimes in Texas and Connecticut happened within mere weeks of one another in October and November, respectively.

"Incidents have been reported throughout the country."

Clearly, the prevalence of these crimes in several parts of the country is a troublesome trend and an indication that it's not a single group responsible for the elaborate heists. However, as Baltimore Police Lieutenant Colonel Kevin Jones told the Sun, it began somewhere and likely with one person or persons as the ringleader.

"It started out probably as one crew," Jones explained. "But I think word got out on the streets that this was a low-risk, high-reward thing."

Most quality ATMs are fortified with high-grade steel and weight-bearing material that makes them more difficult to penetrate or pry open. But given that they're designed to be used by customers whenever they need them, thieves are willing to take the risk. And if it isn't done by brute force, there are a number of other methods as well, including spoofing and jerry-rigging terminals to dispense bills until the machine is emptied of banknotes.

Aside from the fact that such crimes pose a financial threat to banking facilities at a time when profits are beating expectations – for community banks included, according to the FDIC —  they also create the potential for a public relations nightmare. FIs have done a lot to earn back the trust and support of their customers since the Great Recession and subprime mortgage crisis. As a 2019 survey from the American Banking Association revealed, consumers trust banks more than any other provider for data security, even more than healthcare facilities (39% to 17%, respectively).

This issue also comes at an especially inopportune time since offices are trying to get customers to spend more of their time within their facilities while maintaining social distancing measures. As such, they have encouraged use of ATMs, ITMs and the branch drive-up. This supplements mobile banking which has proven to be a major success for organizations that offer it, with 99% of users describing their experiences as superior, according to a November 2020 ABA poll.

As most of these hook and chain disturbances take place in the dead of night — in part because they're prosecuted as property crimes as opposed to burglaries, which carry stiffer sentences — employees and customers are rarely put at physical risk.  That said, the fact that the incidents happen at all may dissuade account holders from stopping in with greater frequency.

If organized crime was easy to solve or prevent, it would have ended a long time ago. That said, BranchServ can provide you with the physical and electronic security measures that will fortify your facility with the technology that can help deter crime and/or identify the culprits responsible. Specific to this issue, we have created a solution with Verint that has proven to be a success. And as the fastest growing security equipment service provider, we can help you bolster your defensive posture by leveraging data to assess your overall vulnerability. Please contact BranchServ today to get started. 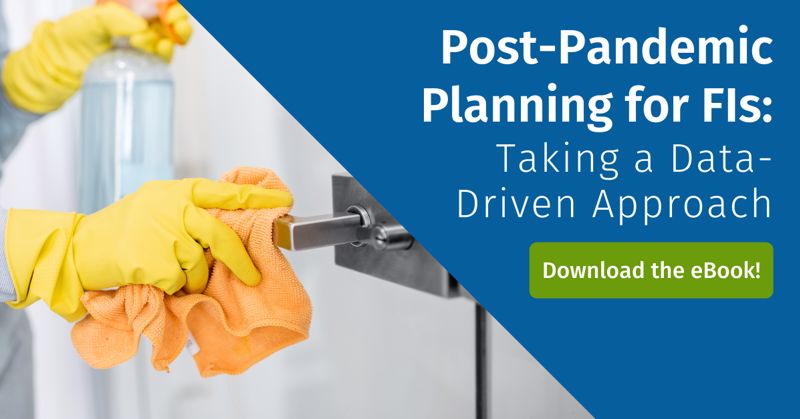 How banks can woo elusive millennials

How banks are addressing growth in call volume